Ralph Boston, in His U.S. Olympic Team Jacket, With Friends at Tennessee A & I State University 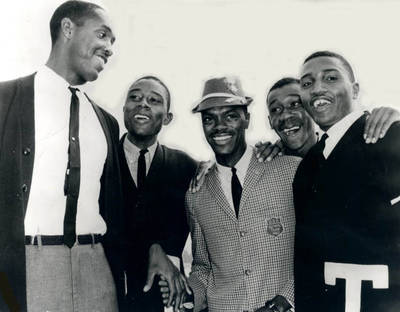